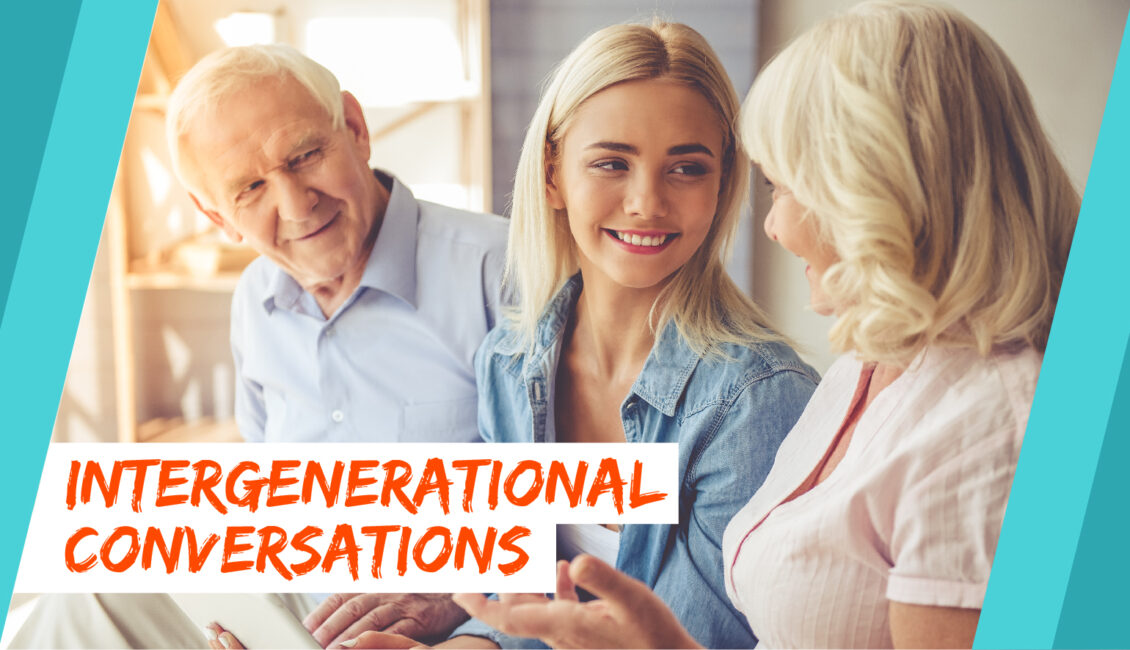 As I get older (I say at the weathered age of twenty-three) I’m finding it harder to talk to people younger than me. It’s when trying to talk to them that I realise I’m no longer young young. I’m past the stage of asking parents to drop my lunch into school, over the hurdle of joining the workforce and just about able to make my own appointments without any irrational panic. In the build up to reaching this point and surpassing those milestones I had always considered anyone who was my junior to be literal babies – because who else could be younger than me, an already young person (!). So, when it truly dawned on me that there are millions of young people who are part of a generation separate to my own, I was mind blown. Never before had I to navigate through the nuances of a peer group so much younger than me and, as stated before, I don’t really know where to start.

Generation as a concept

So what is a generation? Who draws the lines of when they start and end? The short answer is that a new generation is named and profiled every fifteen to twenty years. The bigger picture, however, includes major societal or technological events – anything from wars and tragedies, to human rights movements and pioneering innovation. It incorporates how the generations before you parented and influenced you, while examining external factors that have shaped your belief system on how the world operates. It’s not simply because of your numerical age, but the overarching attitudes, outlooks and ethics you and your peers form based on life events. Being part of a generation helps us define our place in the world. It provides us with a hidden link; an invisible and omnipresent connection between ourselves and millions of others worldwide. One does wonder why it feels that bit harder to talk to people decades younger or older than ourselves when, objectively, we’re all on the same planet, rotating around the same sun.

A post shared by Conversation Salons (@conversationsalons) on Aug 2, 2020 at 5:00am PDT

Can’t we all just get along?

Considering age and ageing are universal and inevitable it’s important to note the, often negative, continuing impact generational divides have on meaningful conversation. The litany of parent-child discussions that end in “you just wouldn’t get it”. Being afraid to say anything because a twenty-something year old will make some quip about whether it’s politically correct or not. Having opinions diminished because “you’re too young to understand”. Casting aside the input of OAPs; they’re too out-of-touch, they haven’t a clue. There has even been the argument that over-seventies shouldn’t have the right to vote because they won’t have to live with the long-term consequences. Around every corner, down every avenue, we look for a reason to disregard another generation’s outlook. This constant conflict lies at the heart of intergenerational dissonance and is holding us back from so many productive dialogues.

How to Bridge the Gap…

A lot of the time, when someone distances themselves from a certain thing, it’s because they’ve been discouraged from it. A prime example is older members of society struggling to engage with rapidly changing technologies. If you’ve never needed a computer for the large majority of your life it’s incredibly daunting when the world goes digital. You suddenly need an email (a what now?!) for everything and GDPR is coming at you from all angles. You can’t seem to get a hold of the so-called “basics” only to have eyes rolled at you when you ask. Add the notion of technology being a young person’s game and you’ve already begun undermining the above generation’s abilities. It’s only by talking to a member of that group do you understand it’s not a matter of being too long in the tooth for it, but that there is limited access to the product or practice and a lack of encouragement.

Every age group has obstacles to overcome as a unit. If there is something you pinpoint in another generation that you would like to either understand or aid, then engage with it. Join a class to help teach older people how to navigate the confusing world of computers. If you’re worried about young kids being hooked on the internet then volunteer to help coach a sport or become a scout leader. Challenge yourself and join a club that is usually associated with a generation different to your own, say bridge or book club. You’ll pick up a new skill or hobby while diversifying your conversations. Respect is at the core of it all and, as always, empathy is key.

Talk to kids about their favourite part of the day. Talk to parents about life. Ask clarifying questions instead of making assumptions. Get familiar with being on the fence about things; nothing is simply black or white. Ask everyone what their biggest lesson in life has been. More often than not, the answers will run along the same lines. Relish in the fact that there are more things in life that unite us than divide us. Be willing to teach and be taught. There is far too much we can learn from each other, and to let something as arbitrary as age get in the way of that is nothing other than ludicrous.

“Today is the oldest you’ve ever been, and the youngest you’ll ever be again”

Take those words into account, then read them again. You’ve been the person who was too young to understand. You will be, at some point and to some degree, out-of-touch. Leave behind your bias of those junior and senior to you. Recognise that, regardless of what generation someone belongs to, we are all right here, right now, together, experiencing life as it currently is. Recognise what has shaped your view of the world and try to verbalise it. Be interested and patient in understanding how someone else’s circumstances has led them to their own conclusions. Counteract the reflex to disqualify opinions based on how much life experience a person has. Age is entirely out of our control so why weaponise it? And even at that, age is not a number but a mindset. Try to broaden your own.

Read more: Not All Conversations Are Created Equal