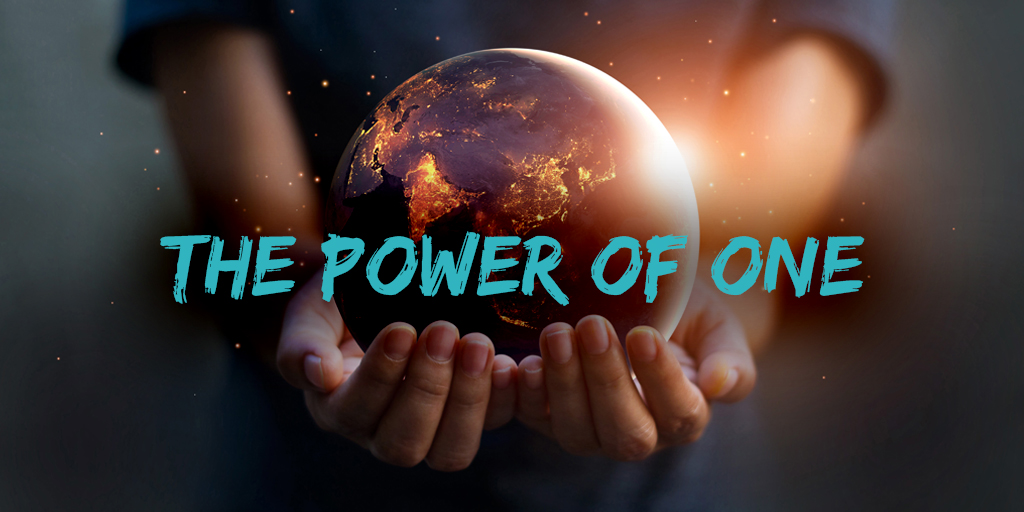 You. A tiny speck on the vast landscape of the Earth. Top of the food chain, part of the world’s most developed species, with cognitive abilities and agency of your own. You; one human in a sea of seven billion others and counting. You, who works a forty-hour week and has to choose between a social life or sleep. You, who doesn’t know what to make for dinner tonight. You, who really only aspires to live a happy and fulfilling life. Yes, you! The very person reading this, a.k.a YOU, has the power to make a difference!-*record scratch* woah, sorry, was getting a bit too inspirational there. Let’s take a step back but be warned that there’s a tangent or two involved.

I used to think the only people who could make a real difference in the world were doctors and nurses. Engineers and computer scientists were up there too. When applying to the CAO I really thought about what I could do to make a lasting impact. I knew I wanted to be a part of something. I had romanticised about devoting my life to a vocation. That I’d have achieved what I wanted and made enough of a difference to be able to lie on my deathbed and take my last rattling breath with the knowledge I had done my job as a Good Human Being. I put Nursing in UCD down first because it made the most sense at the time. It stayed number one until the last few minutes of the Change of Mind, when I switched it out for a media degree. When submissions closed moments later you can imagine the dread that set in when I realised my fast track to making an impact just went up in flames.

The summer between the end of the Leaving Cert and the start of college was an odd one; suddenly a once-homogenous group of eighteen-year-olds was rapidly dispersing in every direction like a dropped bag of Skittles. Having only ever known school, teachers, uniforms and homework, I can truthfully say I knew very little about both life and myself. So, what with three long months until results came out, I casually embarked upon what I can only describe as an existential crisis. It was a summer of staring out of car windows and running internal monologues, but I’ll tell you what stuck with me most.

When I got to college after seemingly blowing my chances of getting into the medical field (side note: if you’re young and reading this please know nothing is set in stone and you can change careers at any given moment) and someone stole my idea of the CERN Large Hadron Collider (swear I came up with it first), I began to panic that I had headed down an avenue where there were no differences to make. I started to settle into the narrative that I wouldn’t make a change anywhere. Nor did it matter, because there was surely someone out there who could do whatever it was better or faster than I could. Sure, I’m only one person – what difference could I actually make? This mindset is a dangerous one; it leaves us disempowered. It lets us wipe our hands of believing our choices and behaviours have an effect on anything or anyone else. In a very Bystander Effect way, we walk on by and assume someone else will come along and pick up the pieces.

We all have bright ideas. We all get brainwaves and wonder why no one else has tried this yet. The more we try to think it through, the more holes we dig and circles we run in. The more ifs, buts and maybes. With so much focus on the outcome we don’t even know where to begin. The lack of practicality often sees us fail to follow through on our big ideas, and again we fall into the trap that we, just one person, are powerless. Things feel impossible – there are so many people to help and problems to solve that even thinking about it is all-consuming and exhausting. As a result of the overwhelming feeling of being outnumbered by problems the easiest thing to do is mentally opt-out altogether.

We begin to wonder how anyone expects a normal person like you or I, working forty hours a week with other responsibilities, to fix things that larger institutions should be taking charge of. How global warming got to this point and how homelessness became so rife. How is one person meant to battle through all of this and solve it? All of this confusion and frustration was swirling around my late-teenage brain and it was at that point that something akin to modern-day divine intervention happened. As I stood in a shop buying stationery for a course I wasn’t sure I got accepted to, feeling angry at myself for changing my CAO, I came across nothing other than the most inspiring fridge magnet. It read:

“In a gentle way, you can shake the world”

A quote credited to Gandhi, it made a bubble rise in my throat. All of this weird self-induced pressure was relieved. My mind was blown but at the same time everything made more sense than ever before. It told me that I don’t have to be the face of change, in fact I don’t really have to try very hard at all. It finally occurred to me that yes, you need to make an impact, but it can be as small as a grain of rice. Just as any progress is still progress, any positive impact is worthy and worthwhile. I had heard his world famous “be the change you want to see in the world”, but that seemed so big and daunting and had no real effect on me. I was reminded that the world is so much bigger than I am and there’s no way we can help everyone. I stared at that magnet for so long that my eyes dried up – I realised I hadn’t blinked in minutes. Imagine, all that wisdom to be found in the sale section of an Easons.

After reducing the standards of what qualified as a significant impact I started to be a bit more confident in my ability, as one person, to stand and be counted. I smiled that bit wider, spoke that bit louder and stopped being so passive about things that annoyed me. I hugged harder and made an effort to drown out any bias or judgements I had for any reason. I’d giggle at someone’s mistake to lighten the mood and give a hand to whoever needed it. When I asked someone the generic “how are you?” I’d follow it up with another question like “are you holding up okay?” – the first question is always answered lightly due to custom. The second question allows them to answer sincerely. You never know who needs a quick vent or a listening ear. I stopped turning a blind eye to issues I didn’t think I could help. I got involved with nonprofits and met so many others who hadn’t a clue what they were doing, but knew they were there to help.

What has become apparent over the years is this: when your purpose is to believe in something bigger than yourself, you act differently. It could be anything; a certain way of life, a social movement, religion, family, anything. Coming to realise that there is a vast, unquantifiable universe out there and somehow you are here to play a part in all of it, it seems crazy not to try to do something. Resources and information are so rich and widely accessible that we’ve seen individuals with no prior platform do awe-inspiring things. One tree can start a forest and one weed can spoil a field. One action, one moment, one movement, and one kind word holds wads of potential and limitless outcomes. Something as simple as throwing spare change into one cup might dictate whether one more person spends one more night on the streets or in a hostel. One smile can start a friendship and one hope can hold you strong. All of these things and all of these changes started with one person, with one urge to make one difference. The rest is history.

Of course, there are varying opinions on what makes the world a better place, or what should make people happy versus what does, but it feels good to do good. It feels good to believe in yourself. Even though you are only one, you are still a catalyst for change. Don’t make the mistake I did when I was nineteen and try to quantify my social impact – there really is no measure. Find something you care about, whether it’s a movement or simply promoting kindness, and bring it to action. Disconnect from the overall outcome you hope to achieve and take a baby step in the right direction. One action will lead to another and you’ll make a difference without realising. Don’t settle into the trap that you’re powerless, there is no bigger absurdity.

Oh – and yes, I bought the magnet.