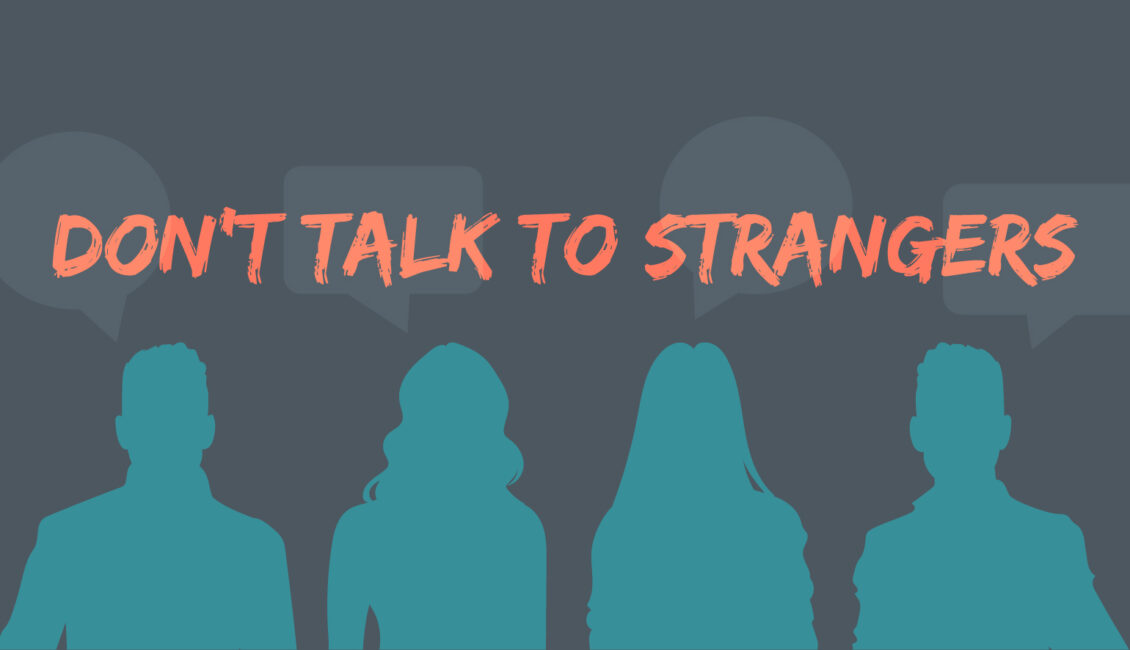 Standing in Suvarnabhumi Airport, Bangkok sharing an emotional goodbye with my girlfriend. We had spent the previous month travelling through Vietnam and now she was heading off to teach in India. Being by myself wasn’t a new experience for me, I went to gigs and ate out by myself frequently, but never in a place where the native tongue wasn’t English. I felt a mixture of excitement and nervousness as I walked down Khaosan Road (the infamous backpacker street). Hawkers pushing roasted scorpions in my face, dodging tuk tuks until finally arriving at a group of (what I now know to be) ladyboys outside a massage parlour. I stopped partly due to curiosity but also because this was where my hostel was, Thailand eh? I checked in, in a quiet reception and went to my bunk to again be met by no-one. Strange for a hostel in East Asia. Lonely, I grabbed a few bottles of the local Lager from 7-Eleven and came back to the hostel. I went up to the rooftop social area hoping for an area that was social. Empty too. So I sat alone, easing into the comforting bosom that only a cheap Asian Lager can bring, it was serene but not what I was hoping for.

After 15 minutes a couple appeared. We exchanged courteous nods and continued doing our mutually exclusive thing until the girl asked for a light for her cigarette. I didn’t smoke but carried a lighter when travelling in case of situations like this. Charlotte and Ellis, they were from Norfolk and keen to talk. A couple who seemed madly in love and had been travelling together for months. It also seemed that they wanted a change of conversational pace. Complete strangers, we had no idea about each other’s backgrounds, political beliefs or motivations for travelling. This could have been the perfect chance to create a new identity, put a mask on everything I was ashamed of but instead it allowed me to be completely honest. As I opened up about hating my job, troubles in my relationship, my quest to learn more about myself and becoming a better person, the barriers were completely removed. We were at a market sharing beers and struggles in the way that backpackers often do but it made me wonder why I couldn’t talk to my friends like this. Did I randomly stumble across some kindred spirits? Or is there something deeper at play?

You are taught to not talk to strangers as a child. They can be dangerous and you reveal information that could be used against you. As adults, we feel that we are much better at judging the intentions of a stranger or at least that we can handle ourselves if their motives turn out to not be in line with ours. Strangers have no context about your life apart from what you tell them. They have preconceptions about who you are based on your role to them in that moment, backpacker or lone beer drinker, and their ideas about life. Compare this with your friends. They have an idea of the type of person you are based on your shared experiences, combined with their own bias of the world and what they’ve heard about you from others. This is most likely a different notion from that which you have of yourself. Subconsciously, this driving force makes it easier to open up to a stranger, despite the danger of talking to a stranger! If you grew up in a small town or community you’ll be critically aware of how a rumour (or if it’s truth, gossip) spreads. With a stranger you are being treated purely based on who you are at in that moment in time. You’re not being held accountable for your past or being thought of as that shy awkward teenager.

“There are certain people who tell any person they meet things that should only be confided to friends, unburdening themselves of whatever is on their minds into any ear they please. Others again are shy of confiding in their closest friends, and would not even let themselves, if they could help it, into the secrets they keep hidden deep down inside themselves. We should do neither. Trusting everyone is as much a fault as trusting no one (though I should call the first the worthier and the second the safer behaviour.”

– Seneca (Letters From a Stoic)

Another element that makes conversation with strangers stimulating is risk.

If you’re continually met with disdain for your opinions then you will eventually stop making the effort. This is common in romantic relationships when the ‘fire’ goes out. I have an acquaintance and when I tell them a story they know how it’s going to end from the outset. They don’t find anything interesting because they know EVERYTHING (while simultaneously knowing nothing). I’m open to the possibility that my stories are boring but as a result, I now have no desire to make any effort in the conversation beyond the basic niceties with this person. They only want to talk and be listened to. I now find these conversations incredibly unstimulating and don’t have any desire to put in any conversational risk. I’ll admit, this is a mistake on my part. With my knowledge of this situation I should put more effort into bringing this to the attention of this person. At that point, if they still treat the conversation the same way I can then stop making the effort.

This is why we can find conversations with strangers more stimulating. Rationally speaking, if we know someone is going to be in our life, taking the easy way out and making no effort is not clever. Instinctively we know this but like many things in life, doing the right thing can require work. Adding an element of conversational risk and intrigue into our daily conversations should be done in the same way we motivate ourselves to go for a run.

It’s easier to talk to strangers because it’s hard to break barriers and talk about difficult things with those whose opinion of you is important (no matter how much you say you don’t care what people think). What’s at stake in a conversation with a bartender is much lower. Imagine, you open your mouth and out comes this incredible string of gibberish, clearly displaying to even this complete stranger how much of an idiot you actually are. Look it’s proof you shouldn’t even talk to a stranger! You simply move on with your life and that becomes a learning experience and there are no repercussions.

How do you act when you’re on stage in a conversation? Especially in a rehearsed scene with your friends. With strangers, you have a different script, working with different actors who don’t know your typecast role. Change the role you play in familiar conversation, talk to your significant other about something different from recipes or what happened at work. Of course, still talk about those things but try to remember the excitement of engaging conversation, of being open about how you actually feel.

Charlotte and Ellis went their separate paths the next year, maybe it wasn’t that they were looking for variety in their conversation but as escape because they weren’t right for each other; maybe they weren’t taking the necessary conversational risk. I saw this through Instagram, another medium where we put this carefully constructed depiction of who we want the world to think we are on display. Just like conversing with a stranger, it’s possible to create this narrative if that’s what you wish. If you’re unfulfilled with the truth of your life it’s more beneficial to be open and let people see who you are really are. It’s then you can develop the parts that you don’t like in an honest way, becoming the person who you want to be.

Read More: What Conversations Should We Be Having In Our Friendship Circle?